Dragisa Stanisavljevic was born in the village of Jabučje – Serbia in 1921, where he spent his entire life and died in 2012 at the age of 91. He comes from a modest family but, artistically very gifted. Academician Ivan Tabakovic claimed for Dragisa and his son Milan that: “… there were other true nuclei of sculptural art …” . The artist’s sister, Ranka Dinic, successfully writes poetry, and the grandson of Ivan entered the world of passionate art and the conviction of Stanisavljevic.

Educated in the spirit of patriarchal principles, he learned early on to replace lack of skill. He worked as a railroad worker, cultivating land, and was adept at many trades and jobs. House, fence, furniture – are the work of Dragisa’s hands. He cut his winter evenings by cutting various usable and ornamental wooden items and selling them, to further improve his income.

It so happened that these objects came into the hands of the painter and professor Ivan Tabakovic, who with great care followed and protected the work of self-taught artists. He visited Dragisa in Jabučje. Among the carved boxes, the covers in the knife handles, the instruments and the sticks, he noticed a few thrown, dusty figures. Dragisa explained to him that these were unfinished works, and that similar “unfinished” figures were also done by his son Milan. It was these “unfinished” summarized sculptures that had the power of immediacy and nuance of originality that the professor had felt and desired.

The influence of experts on individual naive artists was of great importance in the formation of their artistic personality. But it should be borne in mind that they were always crucial talent and personal predisposition of the author. With the encouragement and support of Ivan Tabakovic, Dragis and Milan exhibited together in the Belgrade Graphic Collective already in 1964.

Looking at the sculpture of “Troglav” 1962.  may be a representation of three united figures in a solid pillar, the beginning of a new legend about a deep-rooted and long-lasting artistic family, initiated by Dragisa Stanisavljevic, extended and surpassed by her son Milan, and the grandson of Ivan continues with the artistic thread. 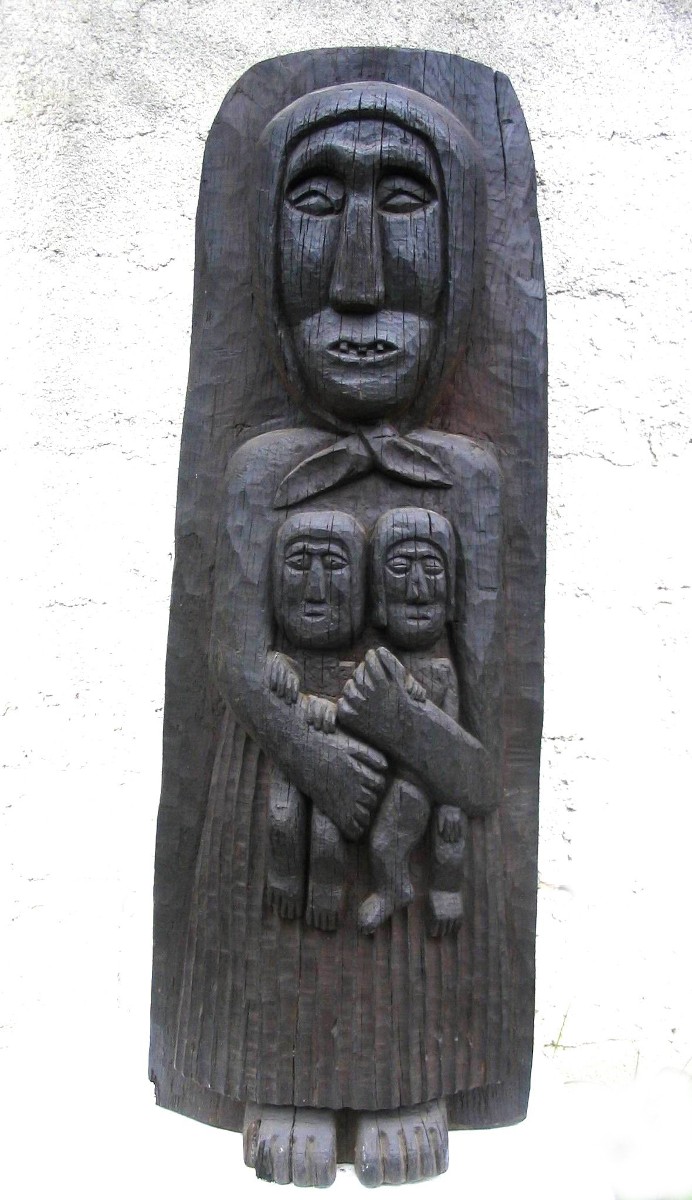 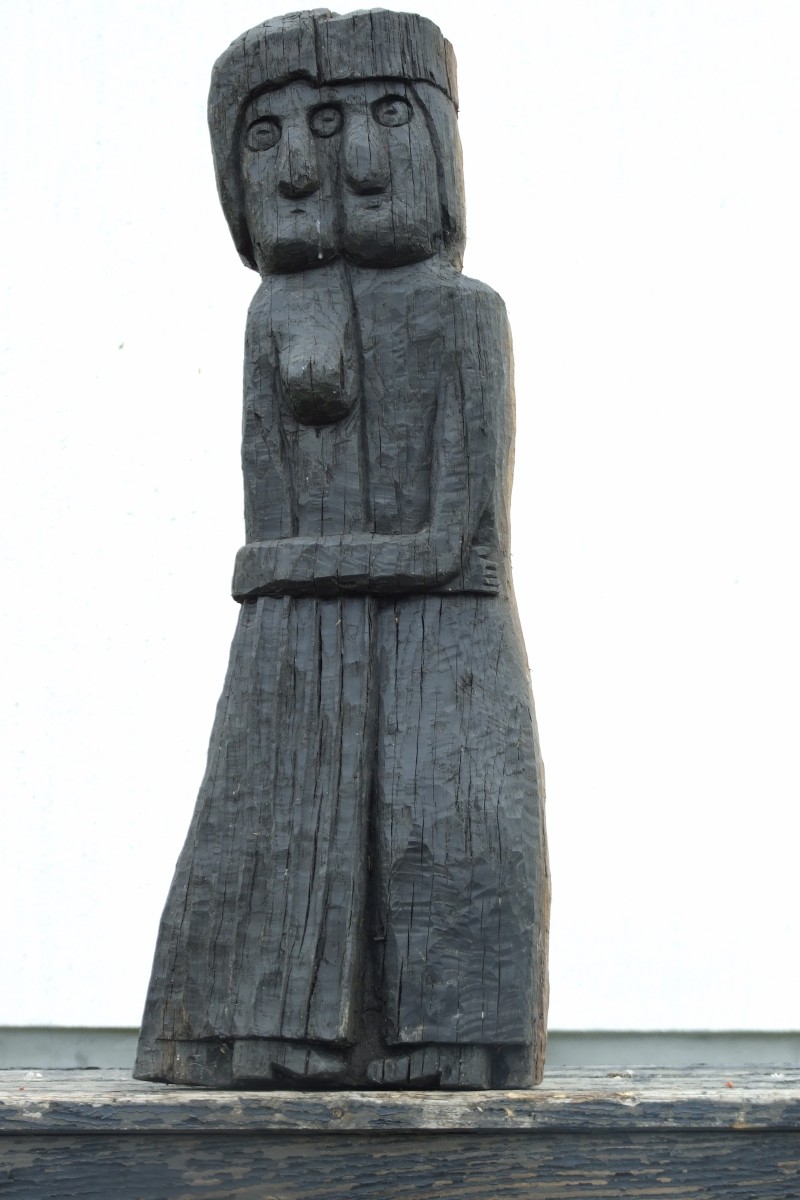 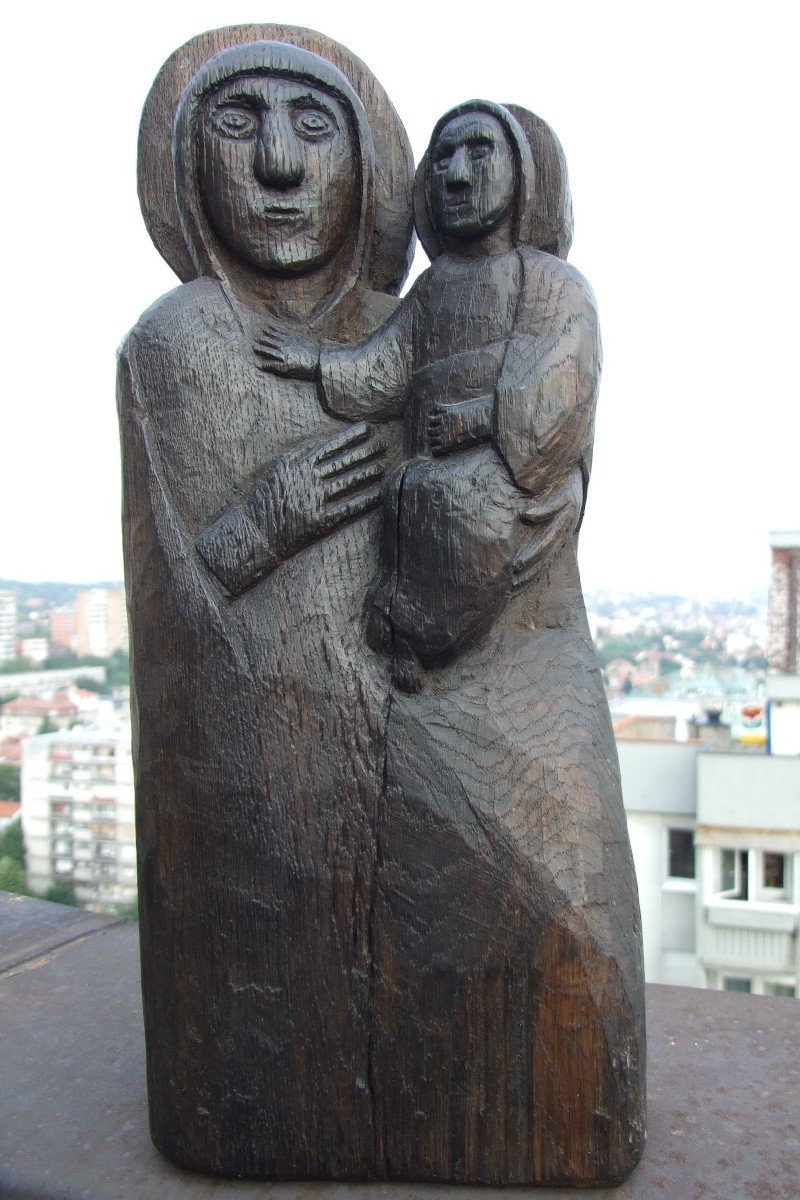 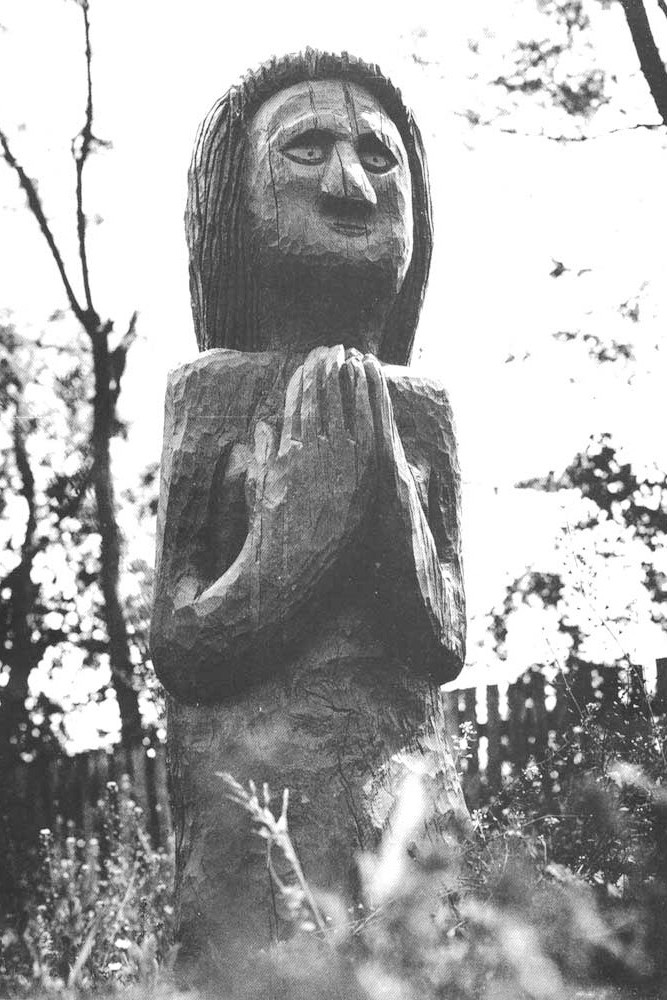 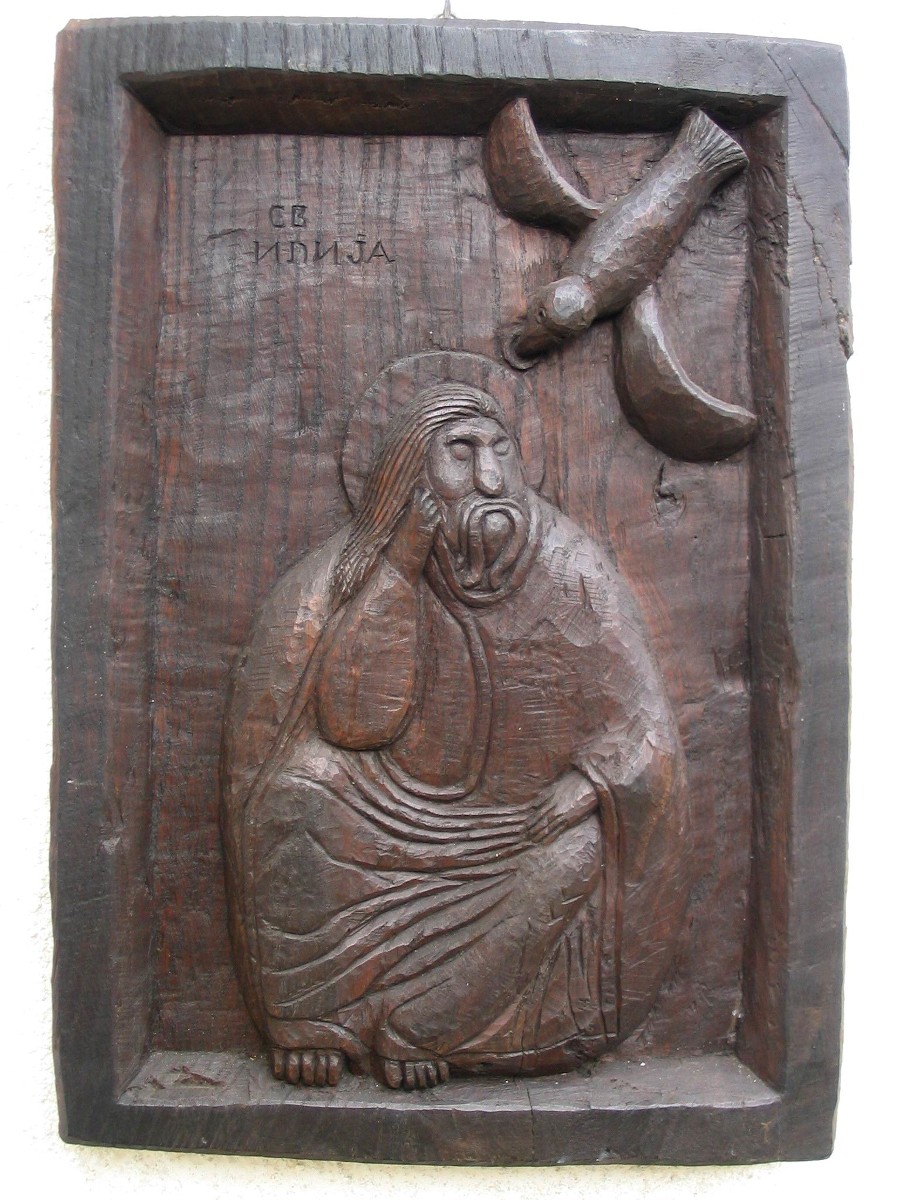 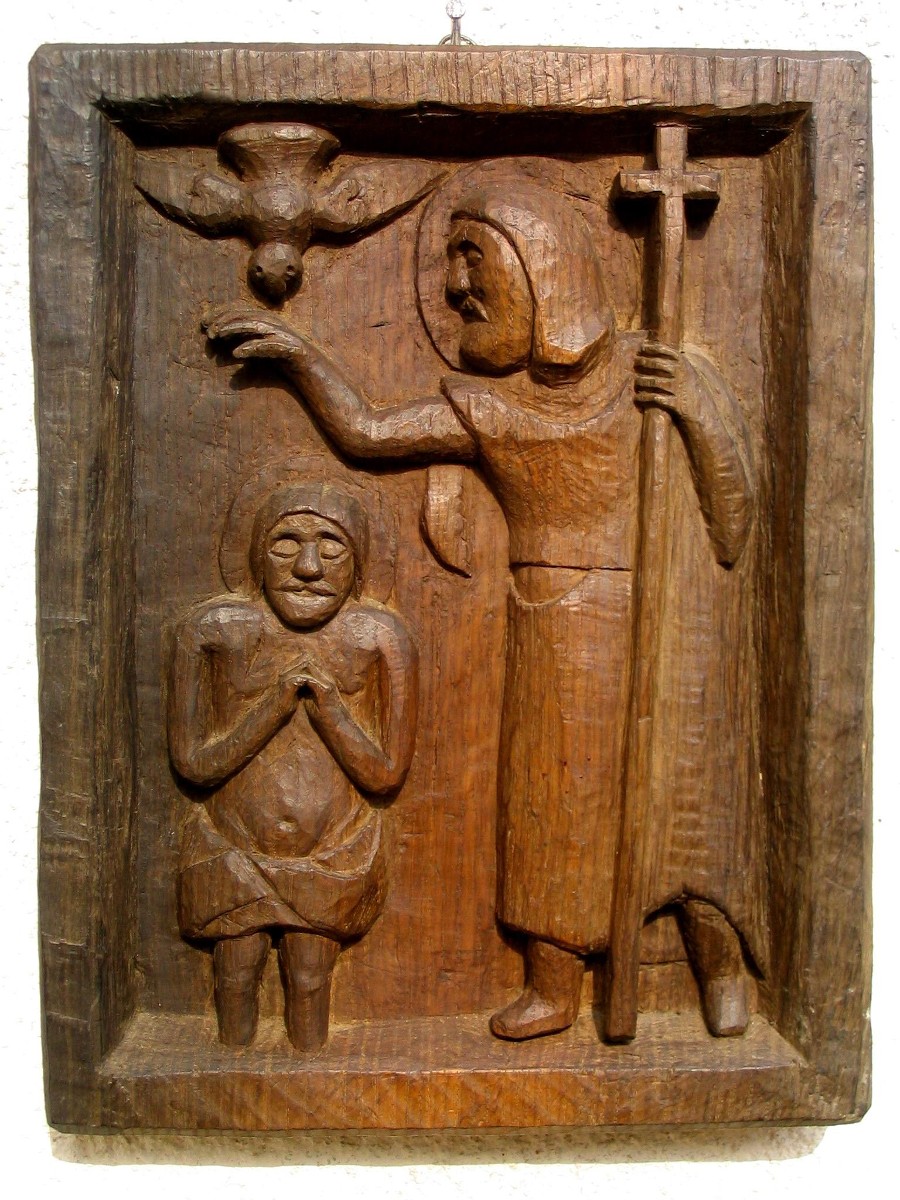 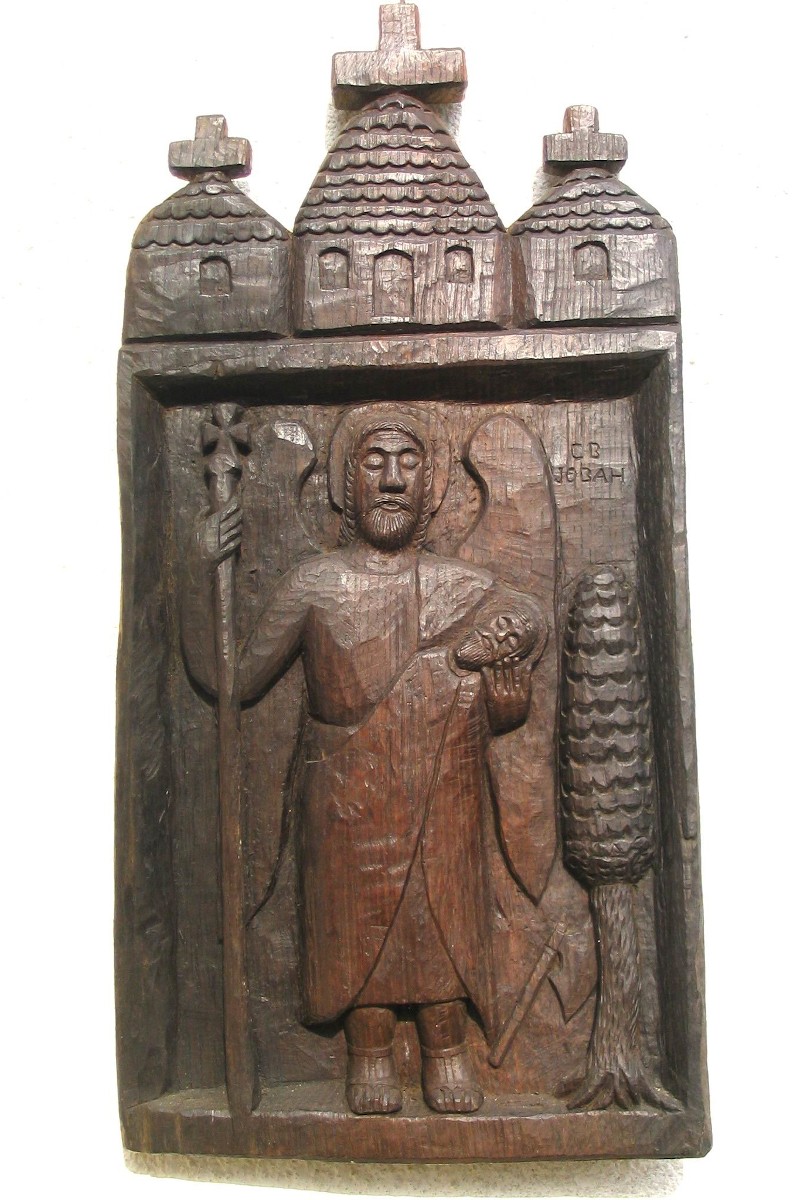 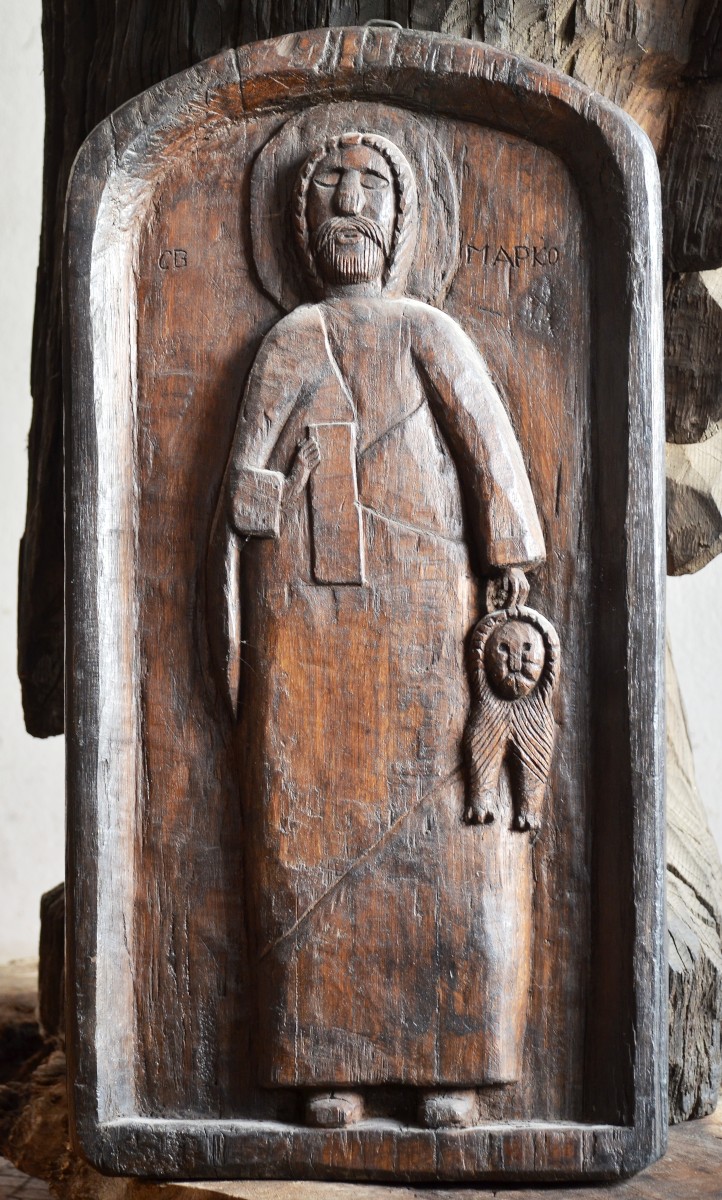 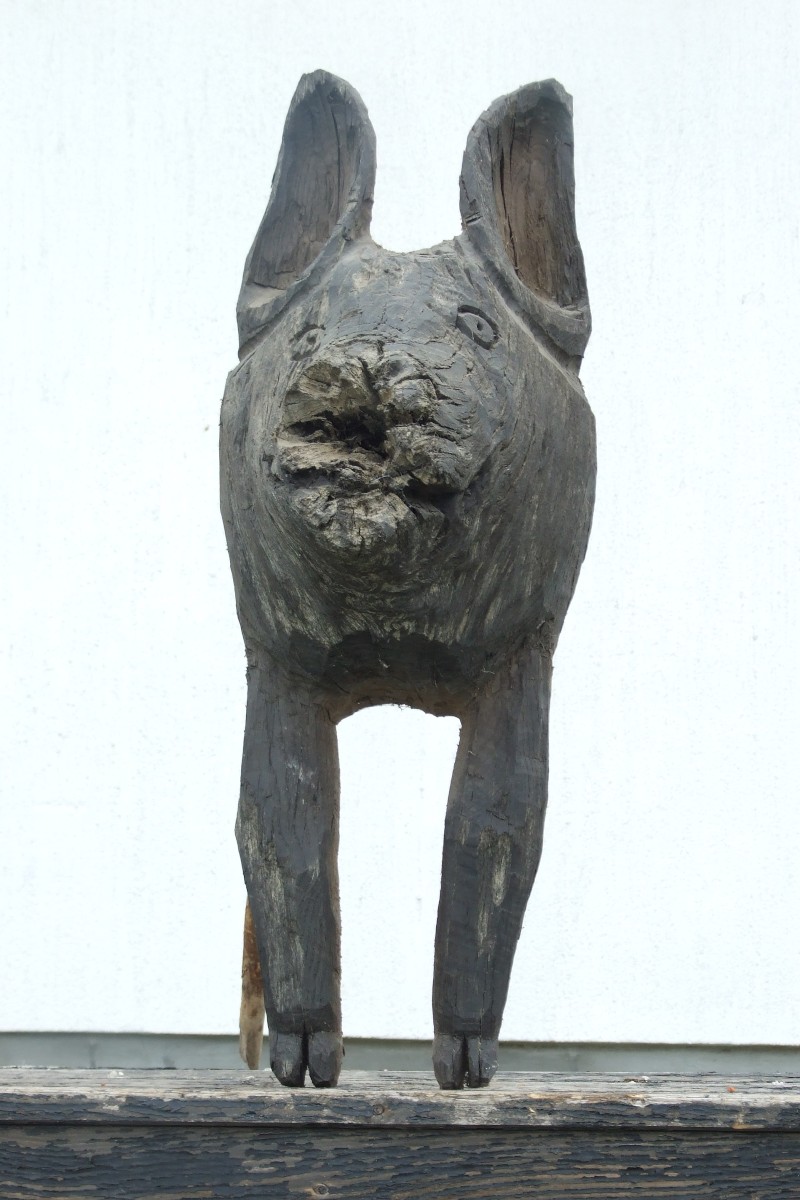 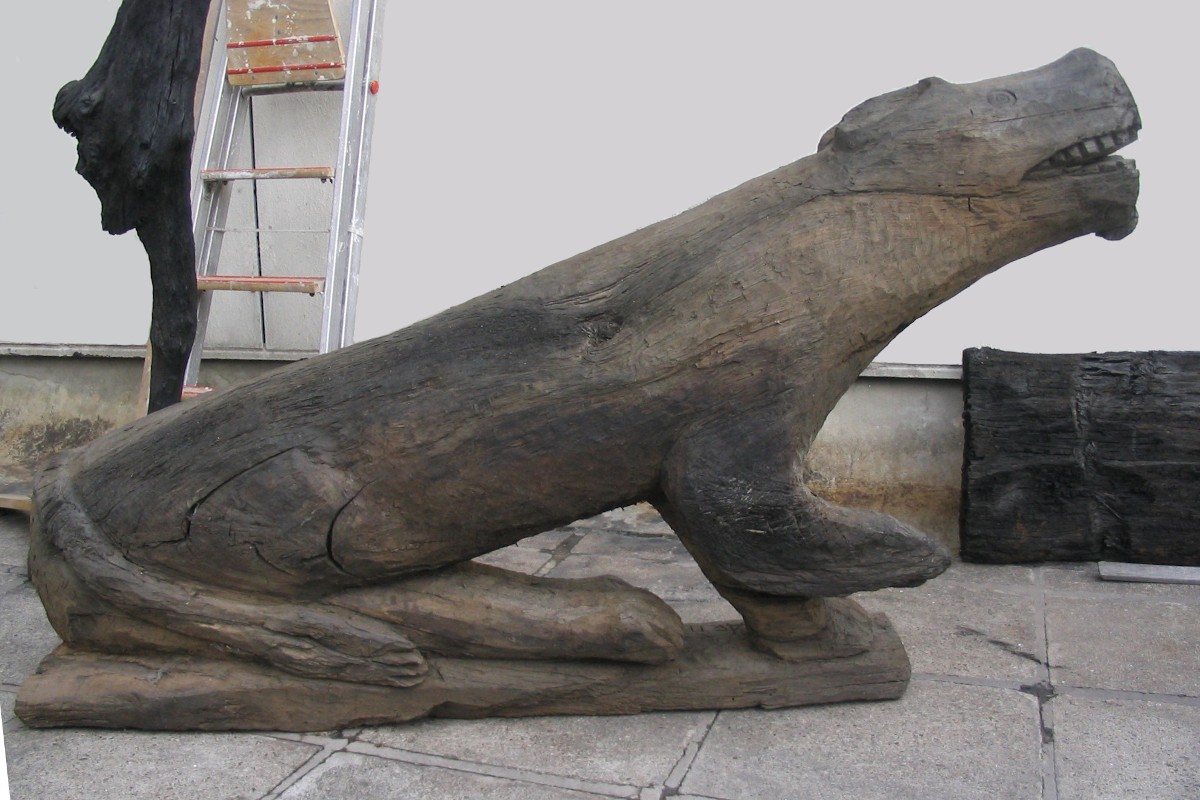 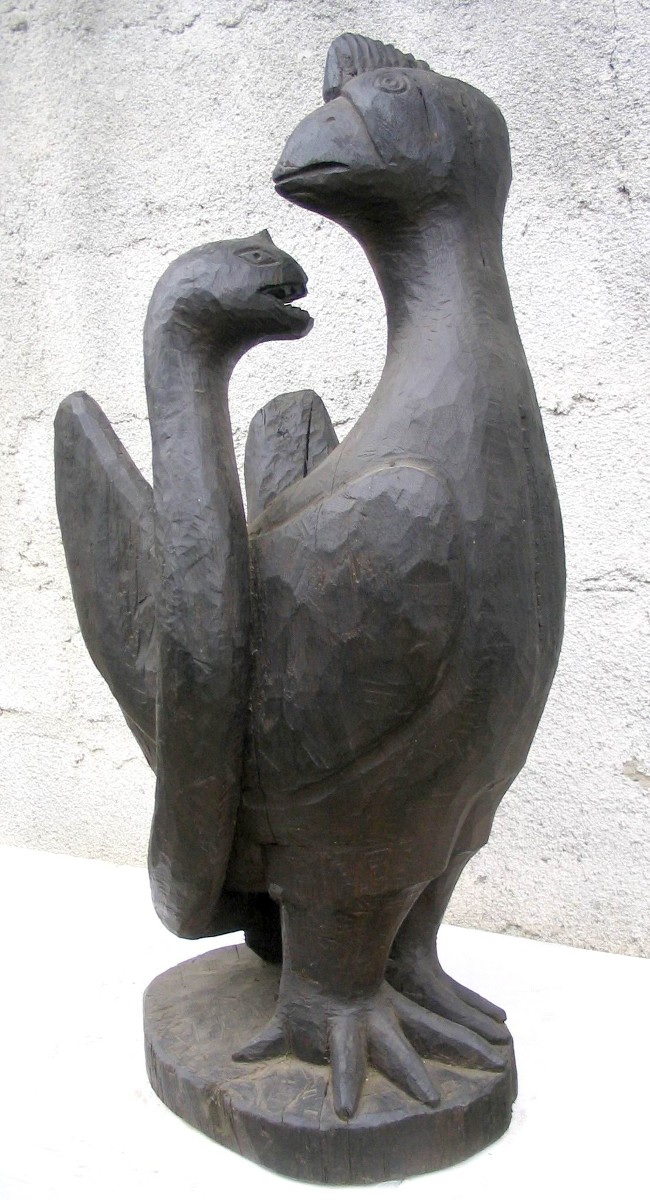 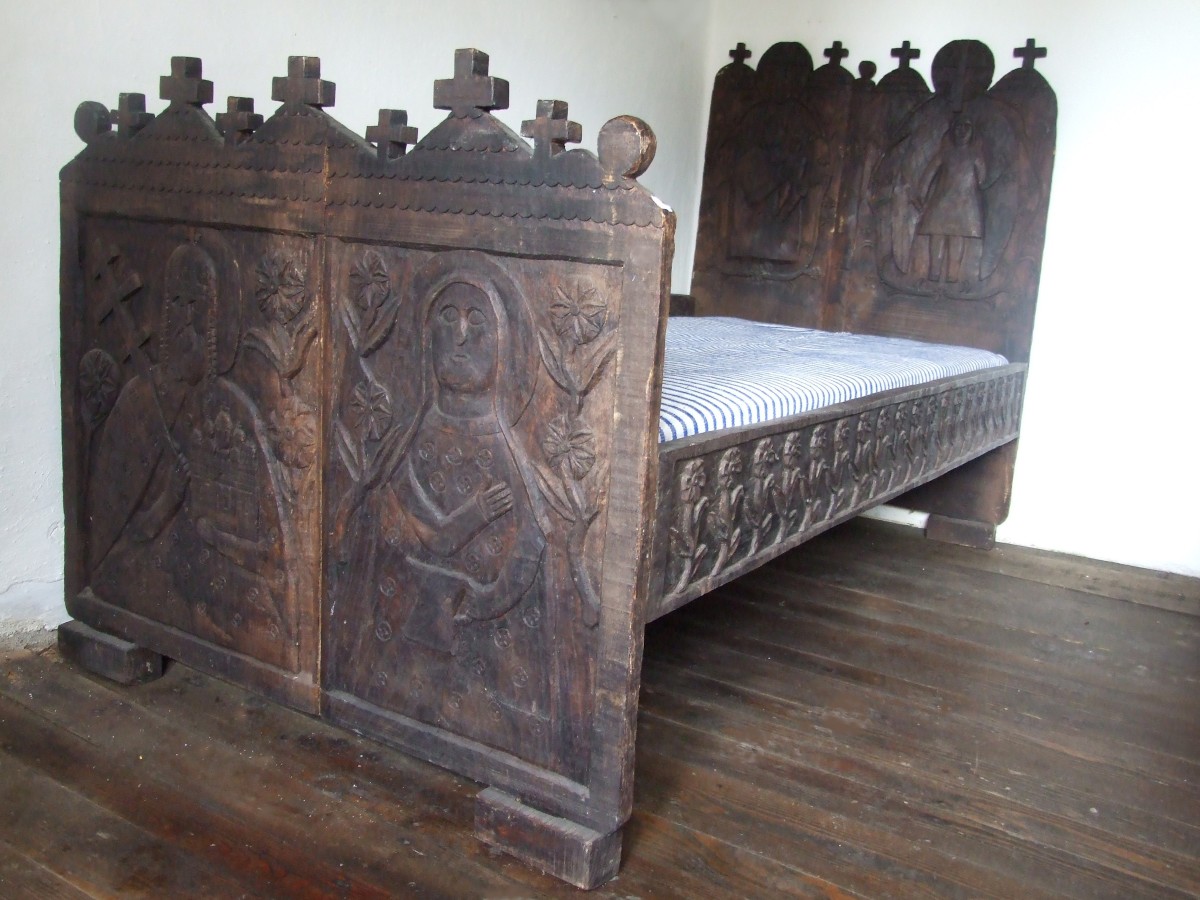 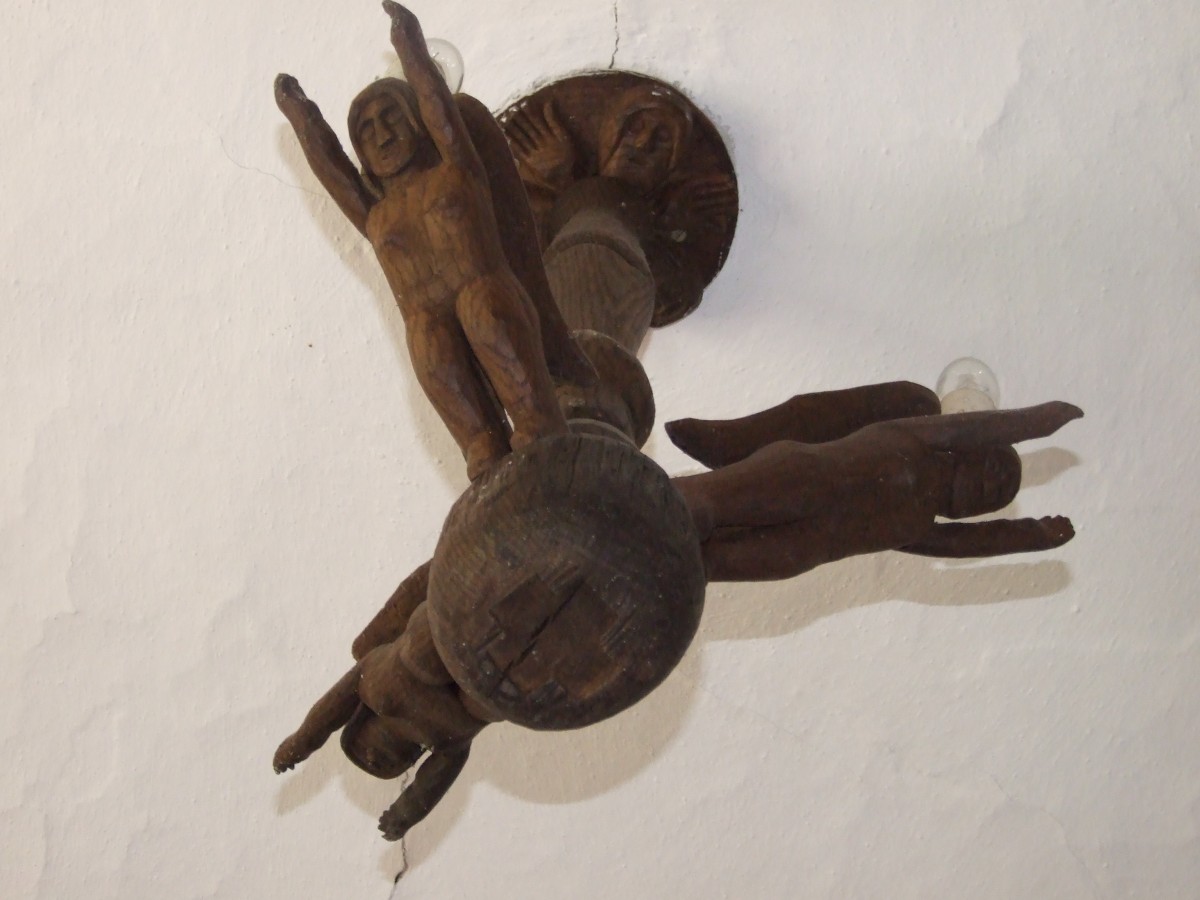